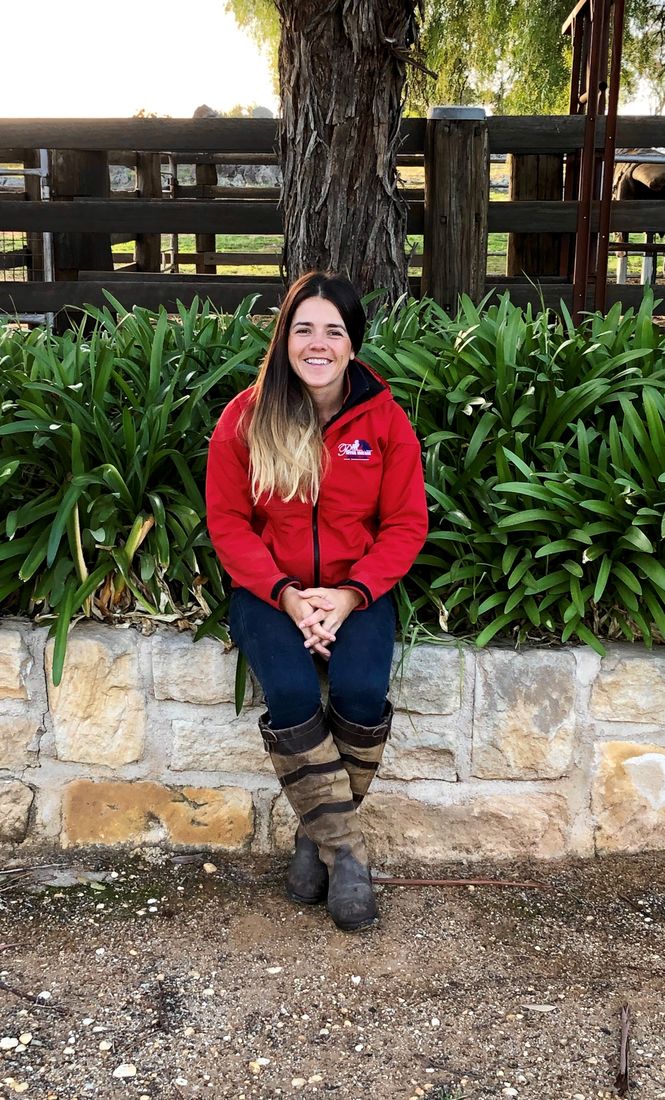 Bree has had a passion for veterinary science from a young age, which was nurtured following her grandfather, Dr Alan Chittick, around his veterinary practice in the southern highlands. Bree followed this passion and graduated with honours from Charles Sturt University in 2012 as well as receiving the equine award for her graduating year.

Following graduation she pursued her passion of equine veterinary medicine and undertook two years of equine internship training. The first year was at Agnes Banks Equine Clinic in the Hawkesbury basin and offered a wonderful grounding across a variety of aspects of equine practice.

The second was at Scone Equine Hospital in the Intensive Care Unit where her passion for mare reproductive health and neonatal medicine was enhanced. In the year prior to opening the clinic Bree worked at Revelwood Warmblood stud, assisting with the reproductive work on the stud including embryo transfer, semen processing and artificial insemination, as well as having the time to ride some amazing horses.

Having grown up on the family horse stud in Cowra and always having a passion for riding, the plan has been to return home and not only help run the stud but provide equine veterinary services to the local area. 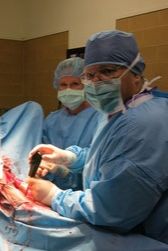 Nick graduated in Veterinary Science at the University of Sydney in 1983 and undertook an internship at the university’s Rural Veterinary Centre in 1984. The next four years were spent at Massey University in New Zealand as a Junior Lecturer/Lecturer undertaking a PhD in laryngeal hemiplegia and receiving post graduate training in Equine Surgery. He was admitted as a member of the Australian and New Zealand College of Veterinary Scientists by examination in Equine Surgery in 1988.

Nick took up the position of Registrar in Equine Medicine and Surgery at Sydney University in 1990 and was Senior Registrar from 1992-1995. Nick Obtained Fellowship of the Australian College of Veterinary Scientists in Equine Surgery in 1990 and was granted Specialist registration in Equine Surgery by the NSW Veterinary Surgeons Board in 1991, by the ACT Vet Surgeons Board in 1997 and by Queensland in 2001. He was a member of the Executive of the Australian Equine Veterinary Association (AEVA) from 1990-2001 (President 1994), was on the AVA Board of Directors from 1996-2001 and is currently Chairman of the AVA Insurance Advisory Committee.

Nick has been an examiner, at Fellowship level, for the ANZCVSc in Equine Surgery since 1997. He has published approximately 25 scientific papers with special interests in respiratory tract and orthopaedic surgery, particularly arthroscopy. Since 1996, Nick has been a Consultant Equine Surgeon in Private practice, providing surgical services and second opinions on cases and radiographs for veterinarians in equine clinics throughout NSW, the ACT, Queensland and other parts of Australia.  Recently he has contributed to the ongoing education of Veterinary Surgeons in Turkey. He is also currently an Adjunct Associate Professor in the Department of Animal and Veterinary Sciences at Charles Sturt University, Wagga, New South Wales, Australia. 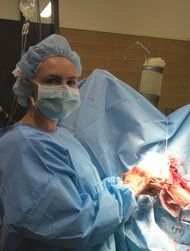 Hadley graduated from Sydney University in 2003 and started her veterinary career as an intern at Agnes Banks Equine Clinic. With a keen interest in surgery she then worked as an associate at Canberra Equine Hospital (2005), Goulburn Valley Equine Hospital (2007-2009) and went on an around the word equine hospital tour (2006) deciding on where to specialise as an equine surgeon.

In 2009 Hadley became a member of the Australian and New Zealand College of Veterinary Scientists in Surgery of Horses. Later in 2009 she started a four-year residency in Equine Surgery at the newly built, state of the art Veterinary Clinical Centre, Charles Sturt University, Wagga Wagga. The program involved long hours of study, research, clinical work, undergraduate teaching, externships and conferences in the USA and Australia, followed by a grueling examination process. During this training Hadley completed research into laryngoplasty (tie-back/roraing surgery), laparoscopic and vaginal removal of large ovarian tumours and the pararectal approach to the bladder in standing geldings. In 2014 she was recognised by the NSW Veterinary Surgeons Board as a Registered Specialist in Equine Surgery.

Hadley started working for Dr Nick Kannegieter part-time during her study period and full-tim after the American College of Veterinary Surgeons Examinations in Feburary 2014. Hadley is thrilled to be working with one of the nations most highly regarded surgeons who also has one of the largest surgical case loads in Australia. Hadley hopes to offer additional areas of expertise in laparoscopic sugery, standing pararectal cystotomy, ophthalmic surgery/medicine and diagnostic ultrasonography.

As a member of the AVA Hadley was recently appointed by Equine Veterinarians Australia as the NSW State Representative. Hadley also works as an FEI veterinarian for eventing and at the Sydney Royal Show each year. 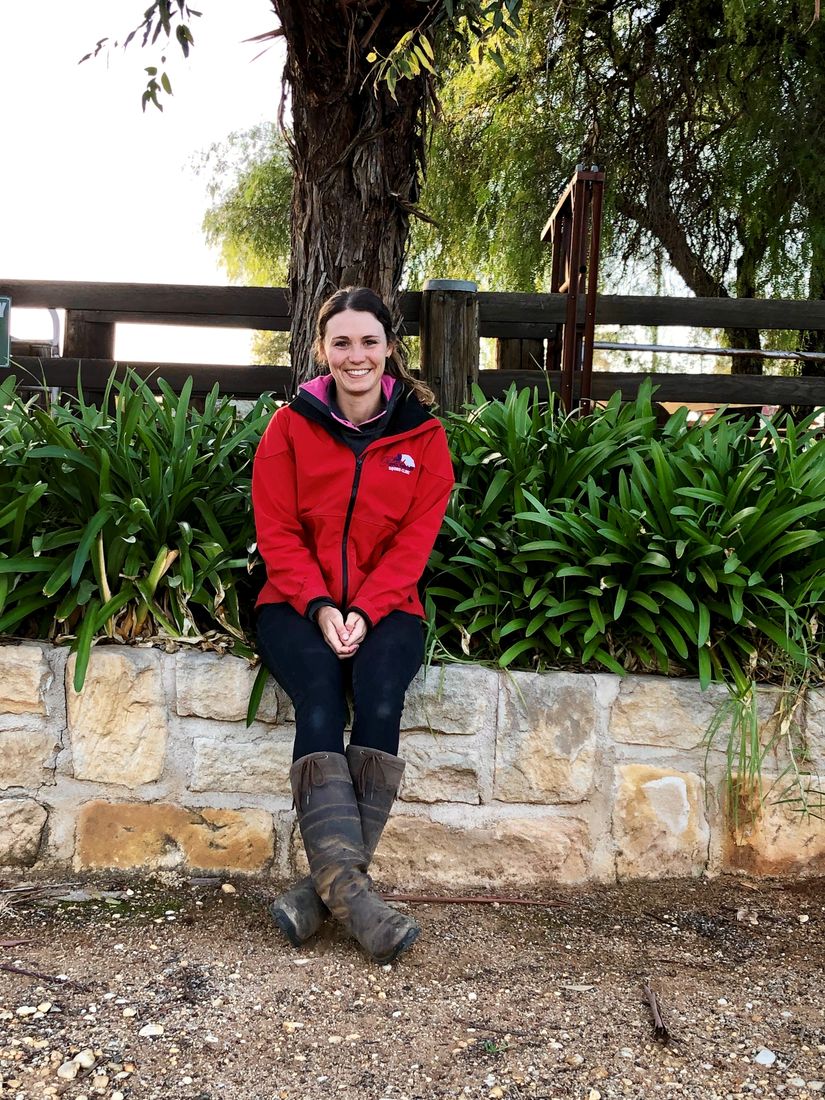 Sam grew up in Wagga Wagga NSW and has always had an interest in horses. Her passion for equine nursing was nurtured and developed working at Yirribee Pacing Stud and eventually led her to studying a Bachelor of Veterinary Technology, which she will complete this year. She has a particular interest in equine reproduction, nutrition and exercise physiology. Outside of work Sam enjoys horse riding, camping, hiking and caring for her own menagerie. 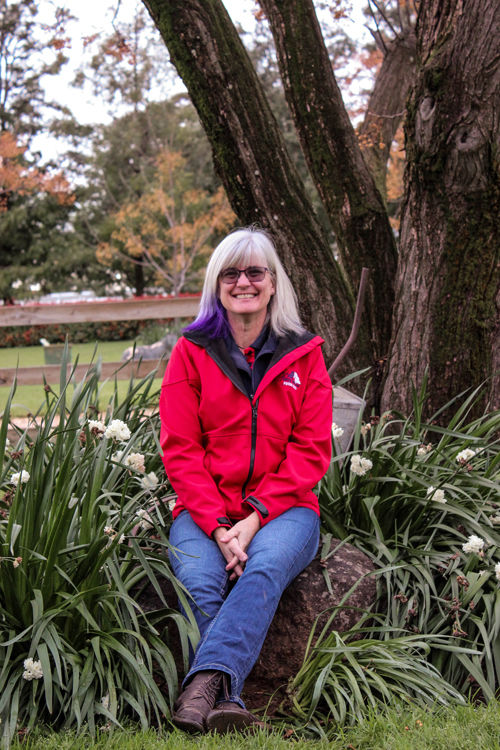 Barb is the clinic’s office manager and will attend to all your needs regarding appointments and accounts. Barb has an extensive background with horses working for many years as a foaling attendant. After completing her business studies she wished to mould her interest in horses into an office based role. Her experience in both these areas is a great support to the smooth running of the clinic.